Yesterday, the  4th of September, FoSOC guide Lizzie O’Sullivan took a group of nineteen people on the final tour of themed walks and the final one for FoSOC for this year. Next walk will be Titanic in April 2023.

We heard the stories of Southampton people who died directly and indirectly as a result of the bombs dropped on Southampton during WW2. Here are just a few.

Earnest and Eliza Lanham and their daughter Freda and cousin Charlotte, who was staying the night with the Lanhams in their house in Alexandra Road, took a fateful decision not to go to the shelter when the air raid sounded that night but stayed in bed. A bomb crashed through the roof of their house killing Ernest and Eliza in their bed and Charlotte in the rubble. Miraculously, Freda who was in the back bedroom was dug out alive. For this rescue Distin Searle, an ARP warden, was awarded the British Empire Medal in 1941 for his bravery that night and who at that time was amazingly 70 years of age.

A little 2-year-old girl, Patricia Brown, fell over when playing in the rubble and broke her arm and died a week later of osteomyelitis and blood poison.

Miss Evangeline Corse-Scott, an elderly lady, fell down her stairs on her way to the outside toilet in the night in the dark because the electricity was off, it had been damaged due to the bombs. Evangelina died of a blood clot going to her lungs from the damage caused to her hip.

But it was not doom and gloom and we heard about Isabel Barrrat who was interviewed in August 1940 on her 100th birthday. Isabel had led a much-travelled life with her sailor husband and had visited and lived in many different countries. Isabel said she gave up cycling in 1910 (70 years old) as the new car things made it dangerous. When asked how she coped with the air raids and rationing she said with the raids she hid under her stairs and listened to the BBC on her wireless, and she was used to rationing especially sugar as she had given that up in the war. The reported asked if that was during the first world war….No! she replied, the Crimean! At the age of 100 she still knitted and crocheted gloves, scars, hats for the brave service men but her eyesight was failing. Isabel died in her sleep, in 1941 aged 101 years.

At the end Lizzie was greeted with a round of applauds from the group who all amazed at how much work goes into a walk, firstly finding the details and that hopefully a grave to go with it , a bonus is a headstone, not too far to show then actually clearing the area to show on the walk. 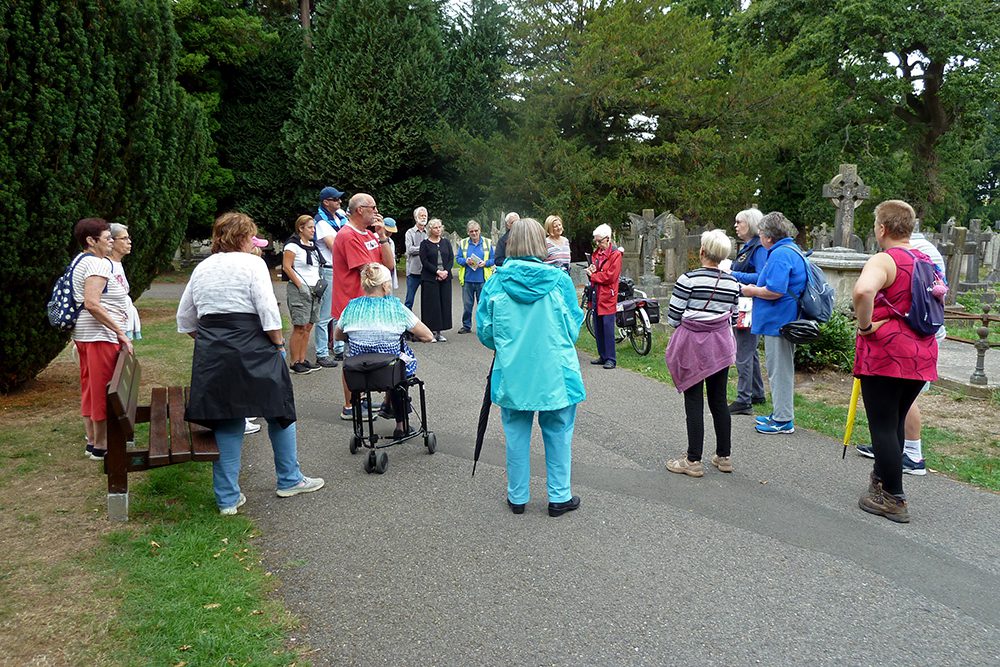 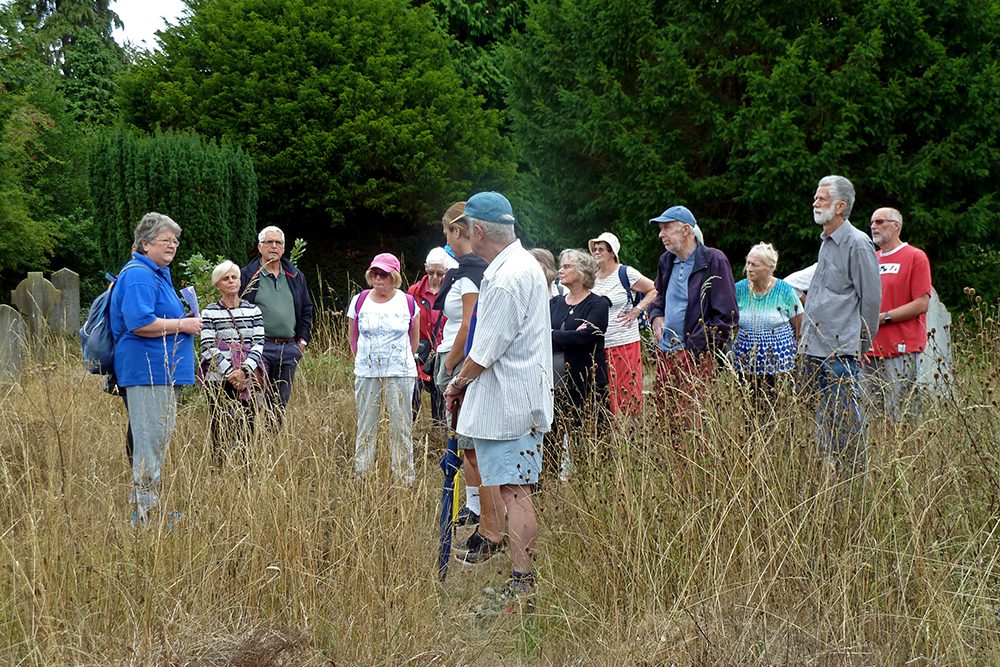 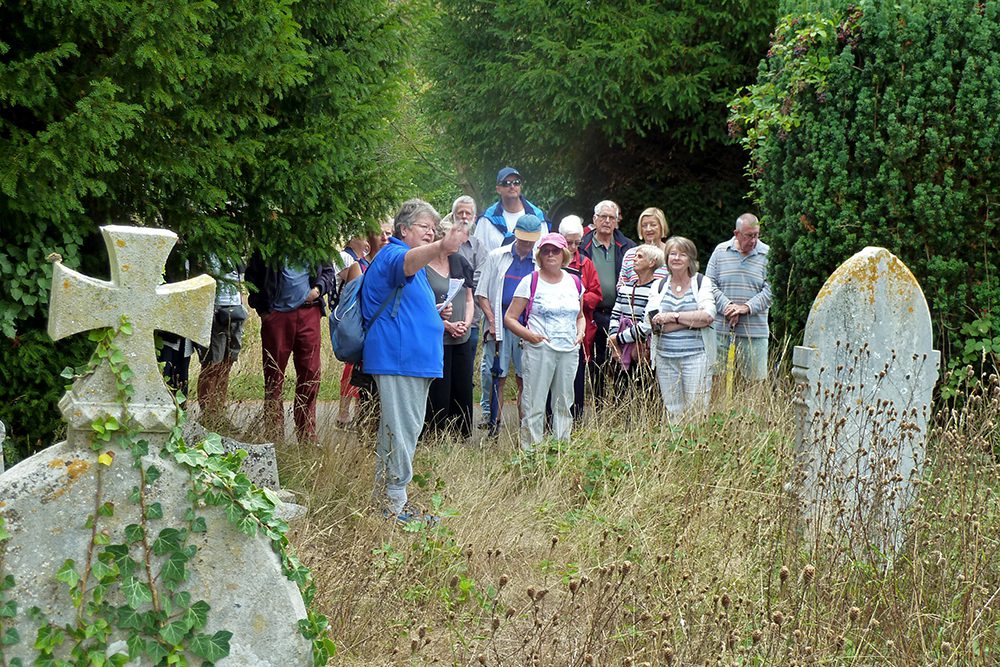 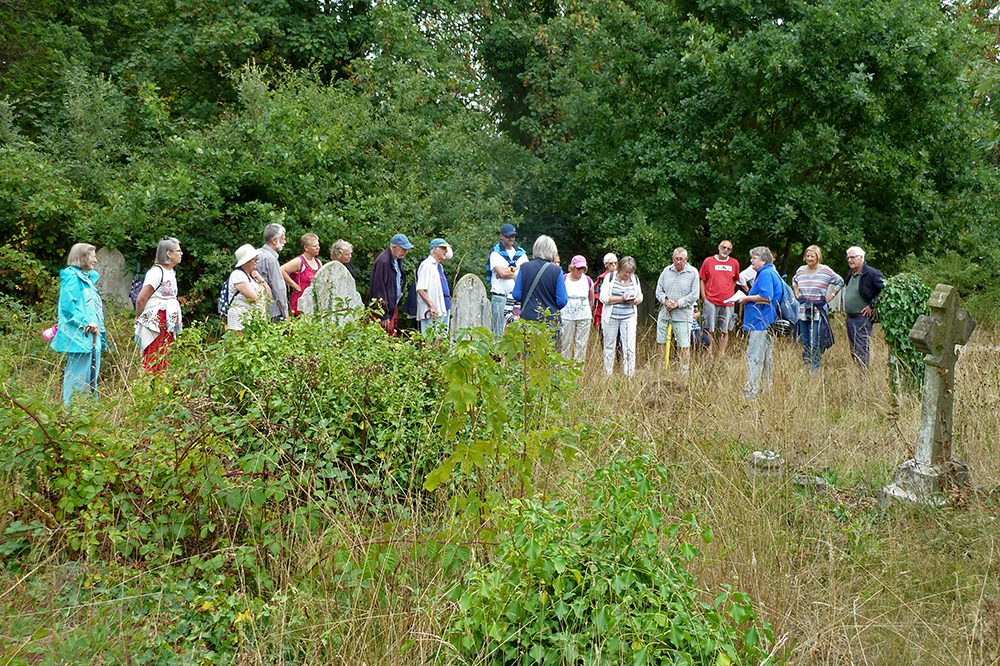 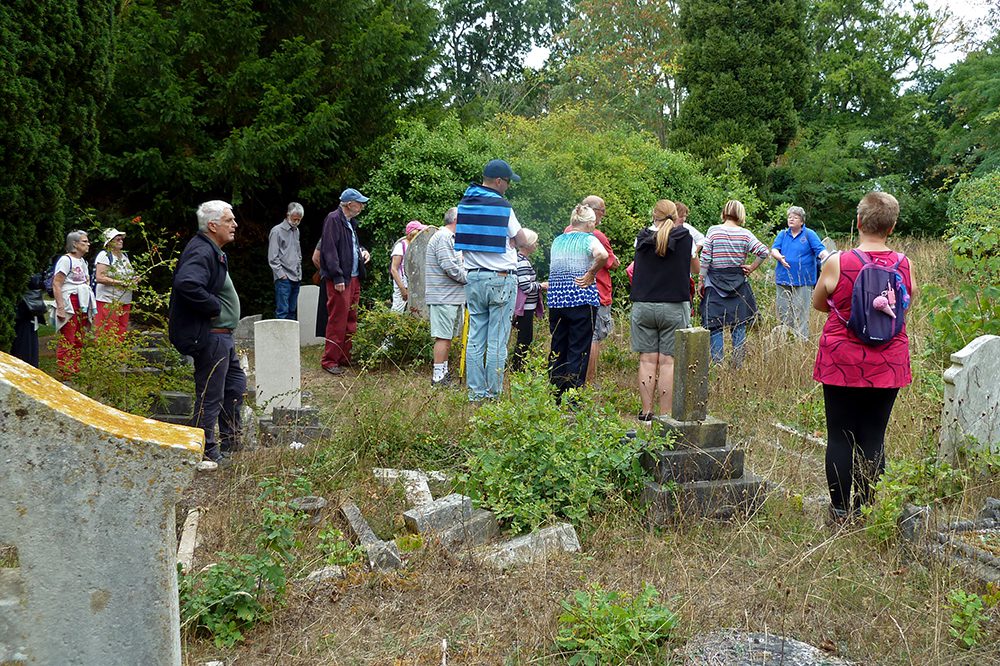 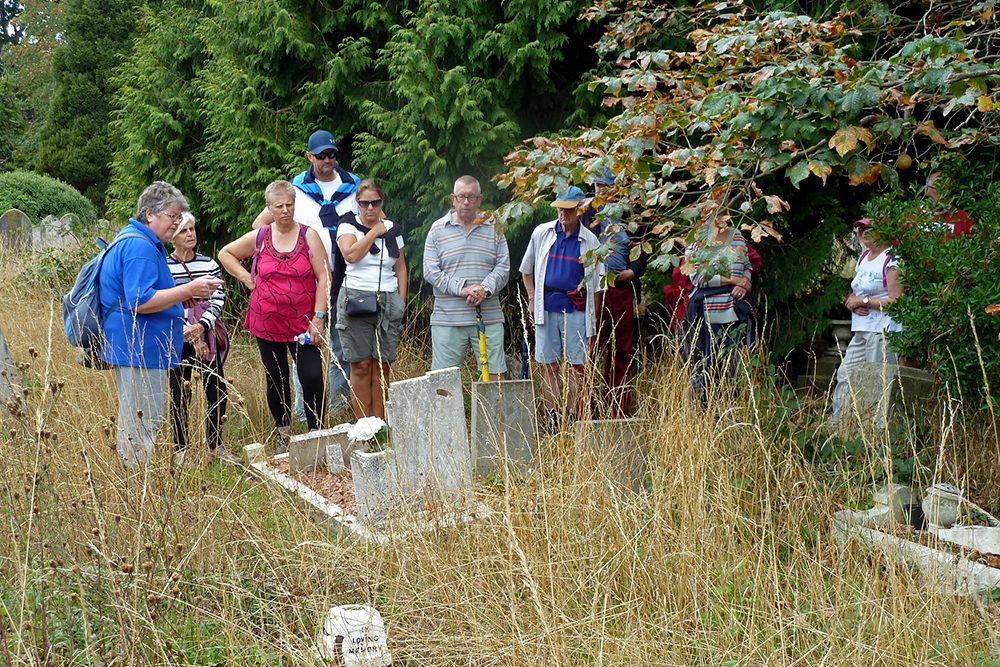 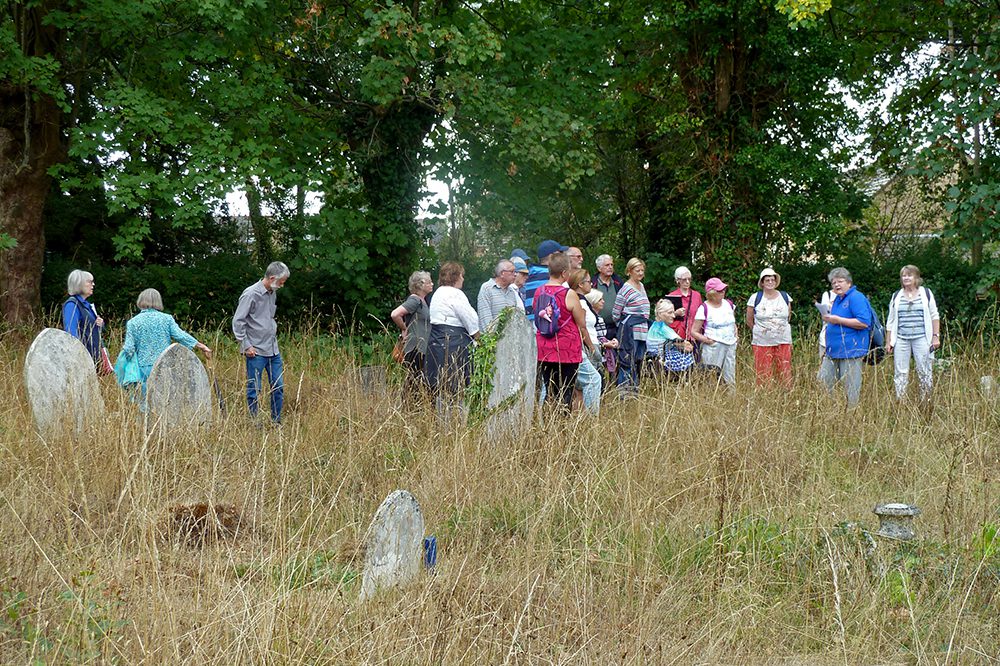 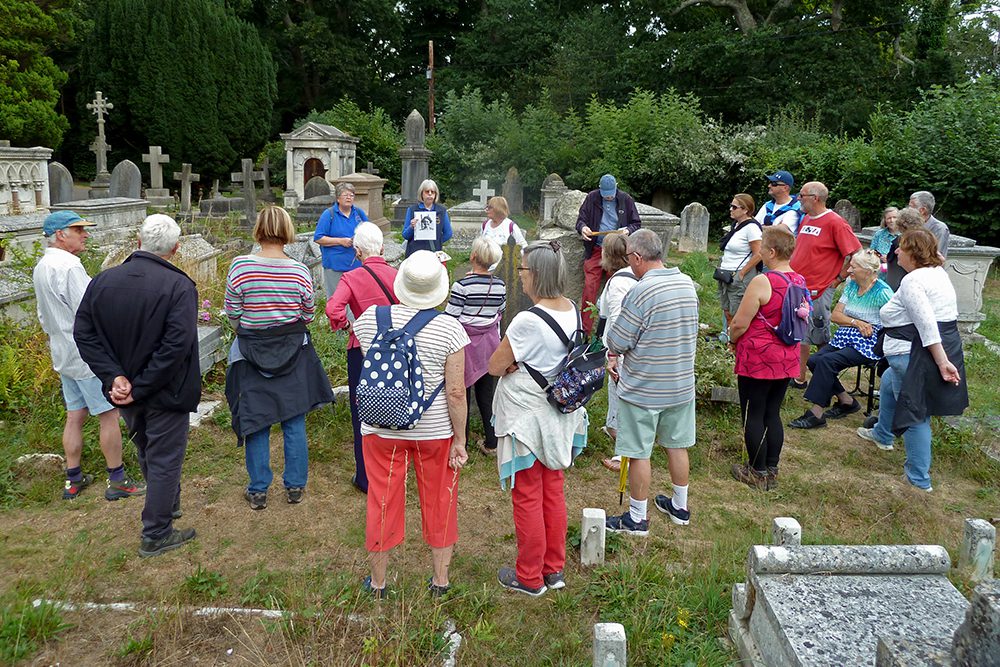 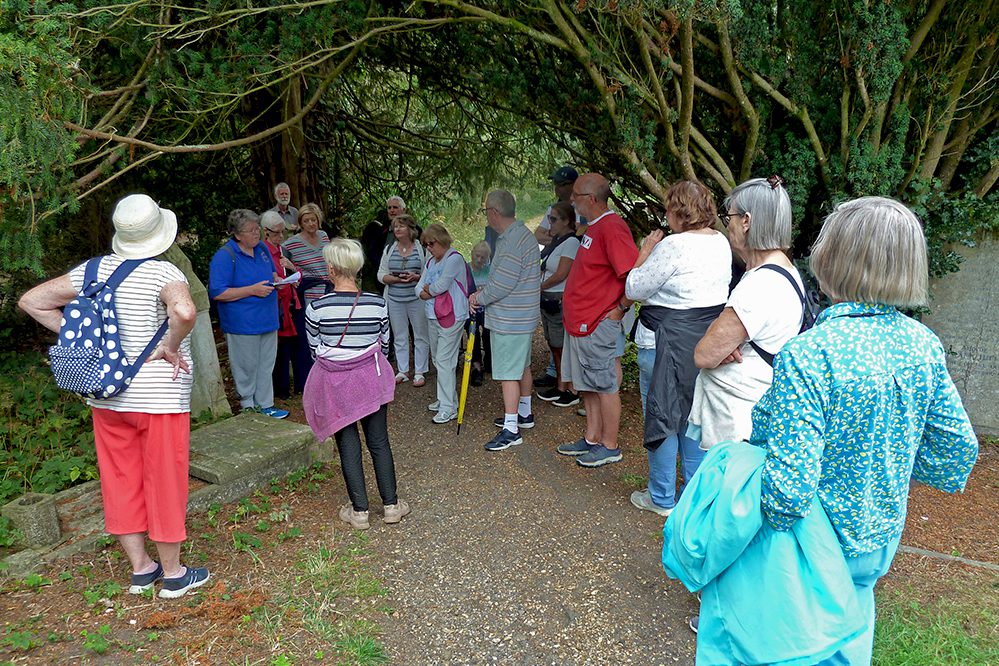 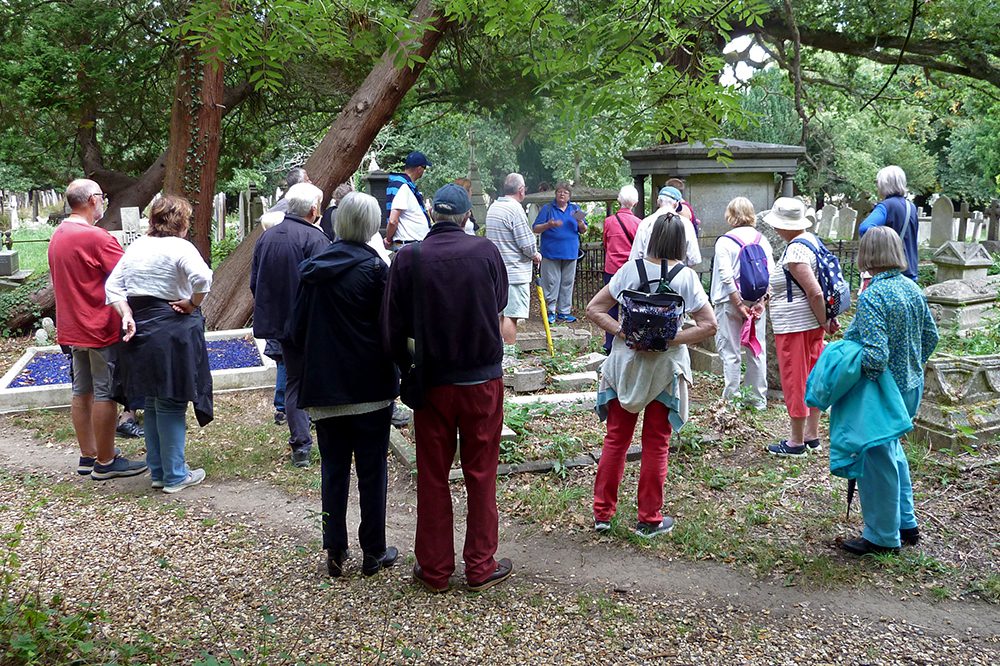 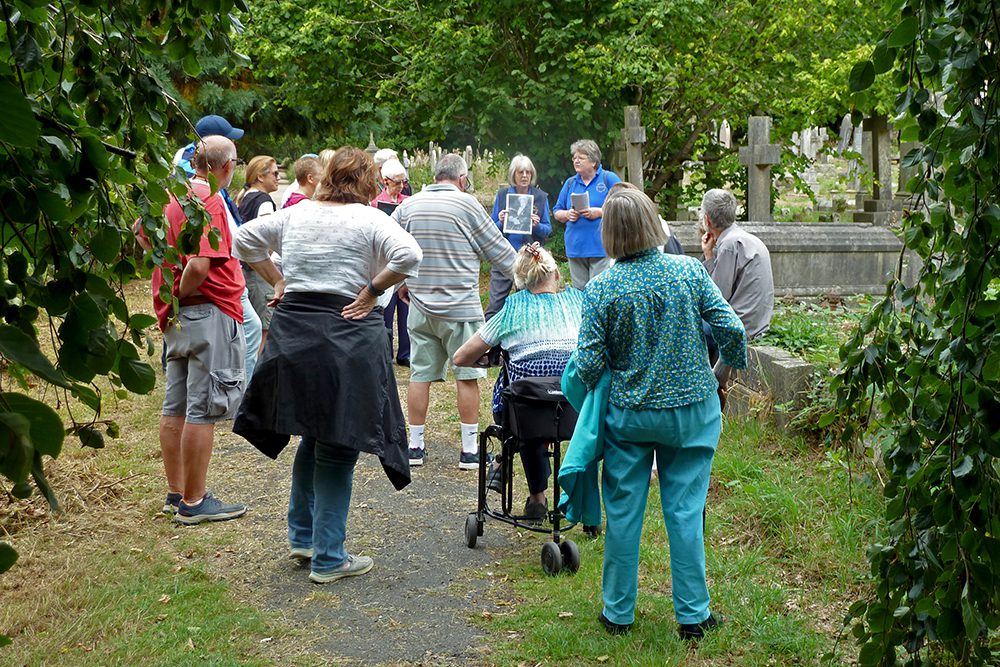