Eleven members of the public, plus a youngster in a pushchair and a dog, along with FoSOC members Julia and Jean, joined Geoff Watts on a cemetery walk to explore some of Southampton’s business history.

Unfortunately, there was drizzly rain but the hardy group put up with that and heard a range of stories. Geoff explained that there was a great contrast between Spa Southampton, of the early 1800s, and the way the town developed from the 1840s with the arrival of the railway, then the commercial docks that opened in 1842 and were extended in 1851. He explained how businesses adapted, and profited, from those new business opportunities.

A good number of the businesses, with 19th century origins, survived well into the 20th century some still being on our High Street and suburbs until the middle of the century while others lasted until late into that century. One business, W J French and Son Ltd of Bedford Place, is still going strong!

One example Geoff gave was the firm of jewellers called Peglers. James Butt, buried in the cemetery, worked for them from 1809. Their Victorian business advertisement is shown. They eventually became Parkhouse and Wyatt, Jewellers in Above Bar, whose name survived until relatively recently before it disappeared when they were incorporated into jewellers now in the West Quay Shopping Centre.

Before beginning the walk, we met a lovely lady who had her own group who were there for an entirely different purpose. They were all Guinea Pig lovers and were going to ramble in the cemetery looking at the type of ‘food’ available there that guinea pigs would enjoy to vary their diet from that available in the shops. At the end, the organiser very kindly offered them all Guinea Pig shaped biscuits! Geoff had, sadly, not thought to take tombstone shaped ones for his group…….!!!

If anyone missed the walk because of the weather, or the restriction on numbers due to the narrowness of some of the cemetery paths, and would like to do it, please contact to FoSOC. We will see about repeating the walk on a date to be arranged. 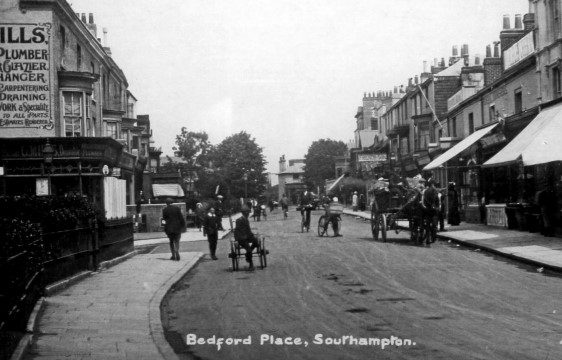 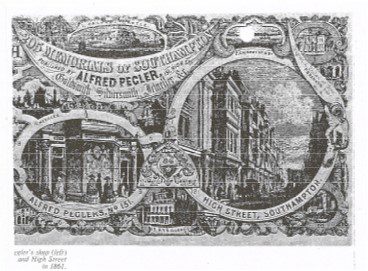